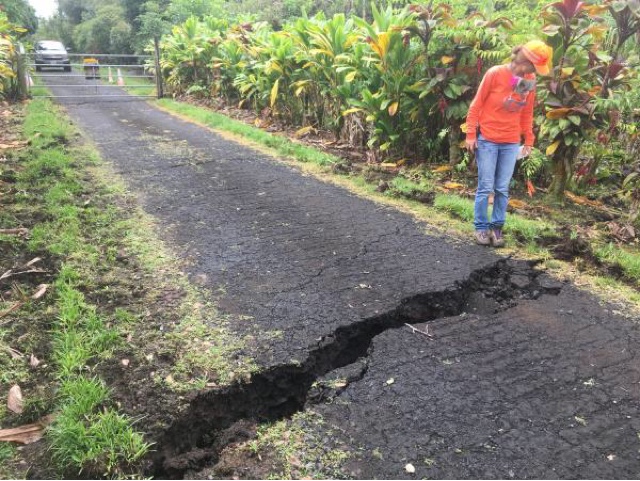 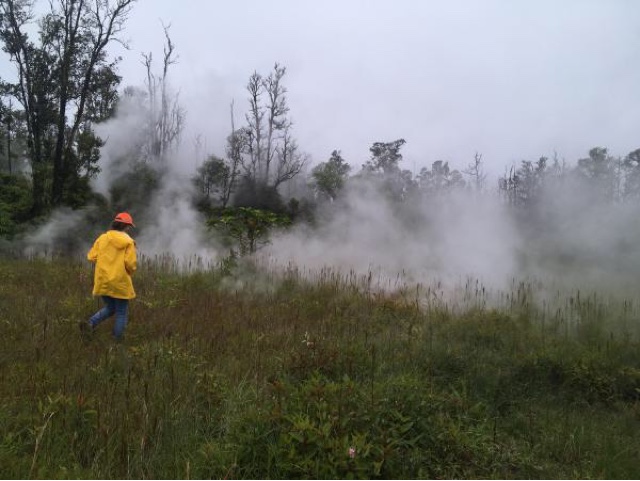 This above crack has resulted in the evacuation of more residents. Things are looking to unstable along their road. 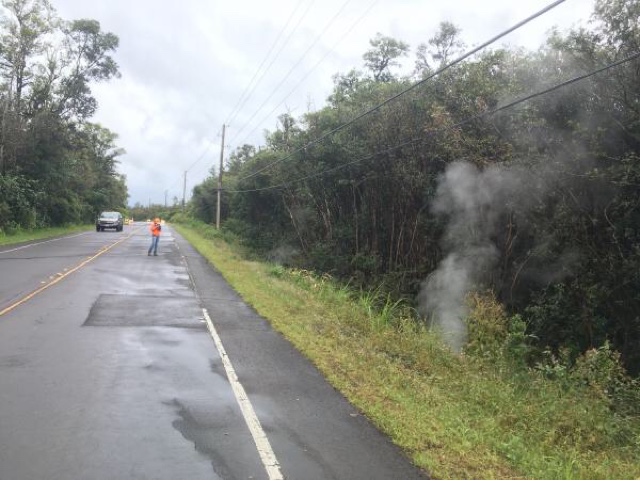 I've walked past plenty of stable steam vents up at the summit, but to see them cracking open and steaming on people's property or on road shoulders is a bit unnerving.
Earthquakes are still happening in the eruption area. And large amounts of sulfur dioxide gas is spewing from the fissures, making the air noxious. 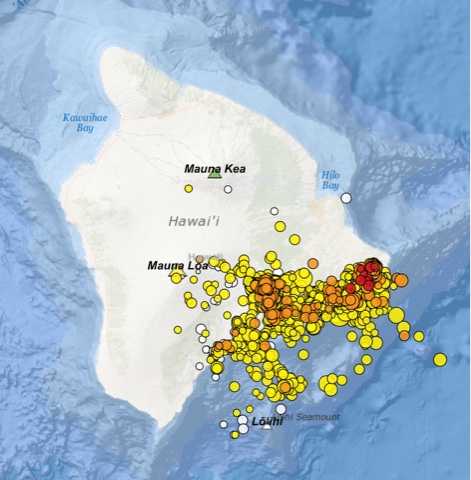 Above, those red dots are in the area that more eruptions are anticipated. The red dots show earthquakes that have happened in the past two hours, the orange ones in the past two days. This map was from noon today.
The civil defense has issued an alert warning for everyone south of the eruption site, from Kalapana to Kopoho, meaning all along the inhabited southern coast below the eruption fissures. I've heard via the coconut wireless (aka- town gossip) that some people are considering evacuating their children, elderly, and pets now as a safety measure. The civil defense is advising everyone to have their vehicles and bug-out kits in place for immediate evacuation. There will be little or no warning if a major eruption should occur.
At the request of the park, the FAA has issued a Temporary Flight Restriction (TFR) that extends 20,000 feet AGL and a 12 nautical mile radius around the summit of Kīlauea.
Yes, these are interesting and trying times for the folks of Puna district, plus those living up at the summit in Volcano village. The lava at the summit is still dropping. We are just all holding our breath to see what happens over the next 7 to 19 days.
The farm is as ready as it can be. Now we wait.
Posted by Su Ba at 9:37 PM