Fissure #22 has opened amid the long string of fissures right stop the rift. Now there are several fissures erupting lava at various degrees.
Guess what? Adam made it down and out to the eruption! Adam is our wwoofer. He has been wanting to see the eruption up front and personal since it started, and has been down in Leilani several times helping the residents. But until now he has had no opportunity to sneak out for a peek. Finally he got a chance. Today he is still full of awe, having been right there. I can appreciate his feelings, because even though it was several years ago, my own personal encounters with a fresh eruption still gives me goosebumps and a sense of awe.
Adam gifted me a piece of fresh lava from fissure #17. Absolutely incredible. 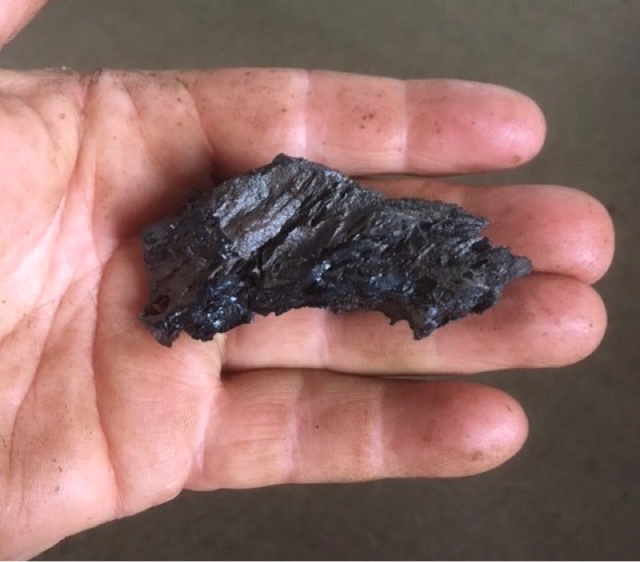 “Huge eruptions are happening at fissures below Leilani Estates!” wrote Mick Kalber, as he filed his video report from above the activity in a helicopter. “Two gigantic pahoehoe outbreaks are emanating from Fissures 16 and 17, and a towering high fountain eruption is blasting skyward at Fissure 17. The lava is spreading in various directions, but hasn’t gone too far yet. Highway 132 is still safe, at least for the time being. Much of the lava generated is pooling on top of the previous flows or to the south-southeast. Another sizable outbreak and small fountain is effusing hot rock from Fissure 18 in Lani Puna Gardens. The outbreak on Hookupu at the bottom of Leilani Estates is still active, spitting a bit, but has largely subsided. Nothing appears active above Hookupu.” 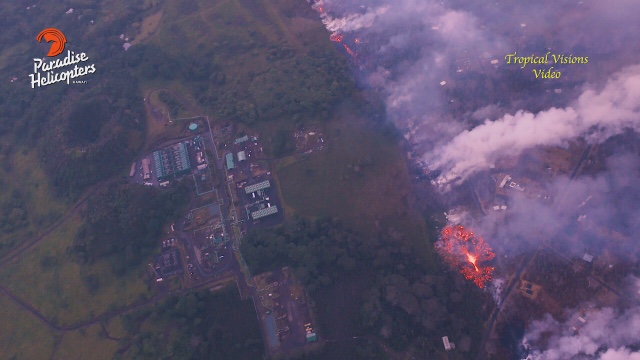 Above, the pahoehoe lava flow on the right and the geothermal electric plant on the left. 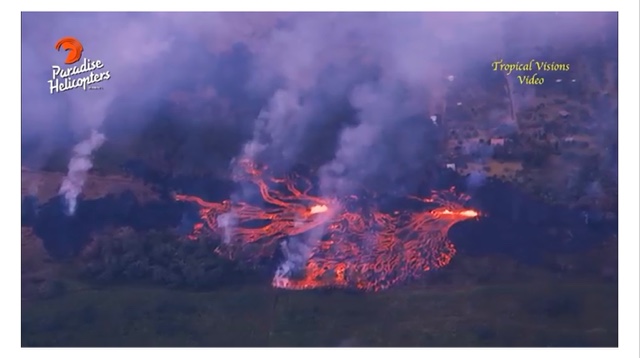