The USGS posted this map. 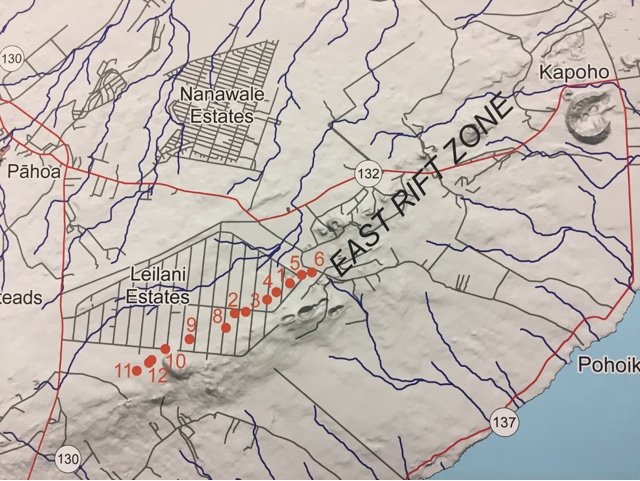 Leilani Estates lies right along the center line of the volcano's rift zone. The eruption appears to be following the rift. The cracks in the road are on Rt 130, the red line on the left hand side running up and down. Cracks in the earth are forming on land where geologists can't easily see them.....in the tall, dense vegetation along the rift. It's just that the asphalt makes it easy to see the cracks.
If you check google maps, you will see that the area outside the subdivisions is not densely developed. Much of it is farmland or vacant land. But there are indeed residences scattered around. Even one house burning is a disaster. 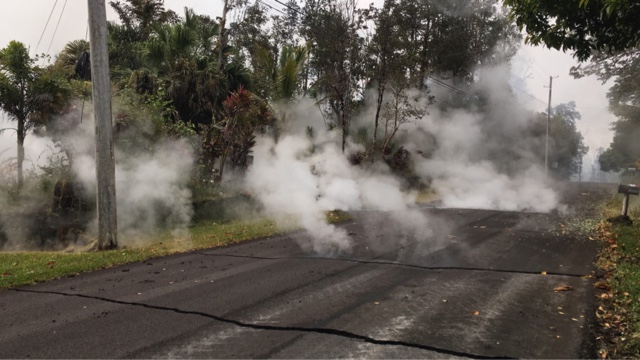 The road cracks continue to widen even though the lava eruption has paused. Steam and gases are now being emitted from several of the cracks. The fizzures are not spewing lava but they are strongly gassing off.
Posted by Su Ba at 1:40 PM