Eruption Not On Oahu

I heard that a Fox News banner announced that the volcano has forced Oahu residents to flee. Ha, ha, ha, ha, ha, ha, ha, ha. Seems that more than one somebody failed high school geography class! And by the way, it's not that ash cloud pictured that was causing people to evacuate. The ash eruption wasn't anywhere near residential areas. It was visible in the sky from people's houses, but it wasn't close enough to cause evacuation. 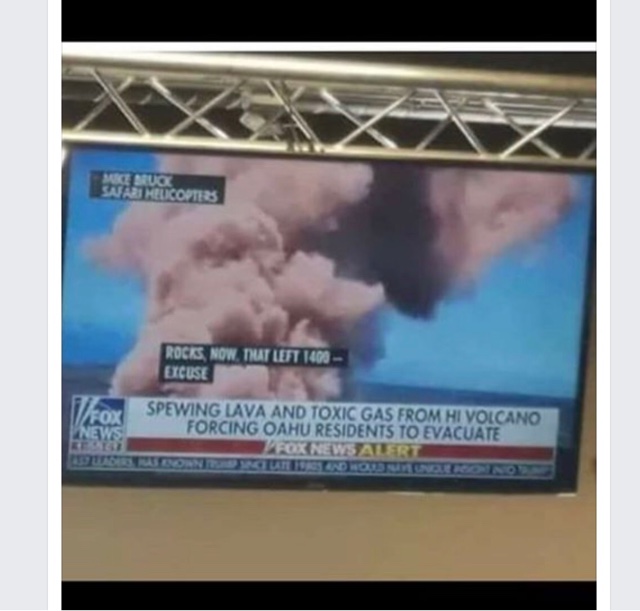 A spark of humor in this sad, serious time.
At this time, there are now 8 fissures in the Leilani subdivision, hundreds of ground cracks. 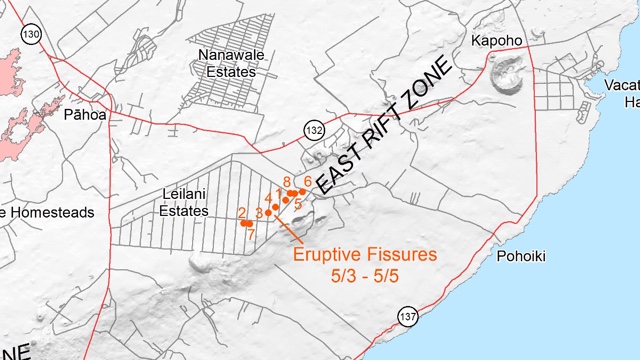 I heard that 5 structures (houses?) have now been involved in the eruption. One was definitely a house because I saw it burning on a video.
The eruption hasn't shown any signs of stopping. There have been well over 600 earthquakes. I don't know the exact figure, but it's way higher than 600. The geologists have issued a warning that they expect further eruption activity.
For those of you that have asked, Leilani Estates lays smack dab in the volcanic rift zone. Yes, the county allowed the creation of the subdivision and permitted residential building. People live there legally. I agree with you, it's totally crazy and smacks of corruption. Be it as may, people are living there and are now in real danger of losing their possessions. Luckily no one has lost their life yet.
I'm being repeatedly asked if we are in danger and if the eruption is affecting us in anyway. No, we are not in danger. Yes, it is affecting us but not in a dangerous way. We feel earthquakes off and on. And today the rain has tested to be more acidic. I just took a fresh reading and the pH is a solid 4.0 . As a result I will need to adjust the pH on our household catchment tank. Plus I will consider applying an additional application of coral sand to the garden beds, but I will be monitoring the soil pH first. If I see a trend to the pH lowering, then I will apply coral sand plus some pulverized lime.
Oh by the way. I mentioned the channel of brownish water passing by the coast. Turns out that the 6.9 earthquake caused landslides up the coast, dumping lots of soil and rock into the ocean. Thus the channel of silty water. 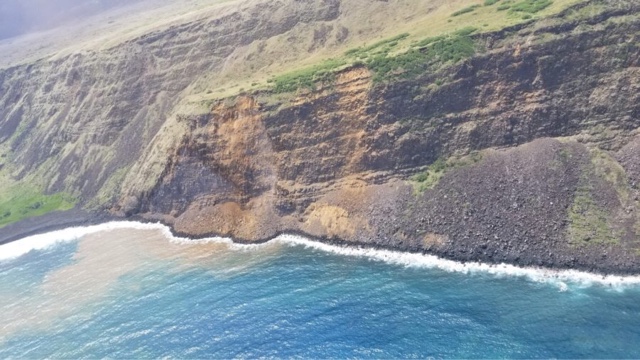 One more interesting event......tsunami. The 6.9 earthquake triggered a weak localized tsunami. The event, or wave, was about 12" in high. People saw the tidal pools at Punalu'u and at Honuapo drain into the ocean, then refill. Quite an amazing thing to watch.
Posted by Su Ba at 4:41 PM