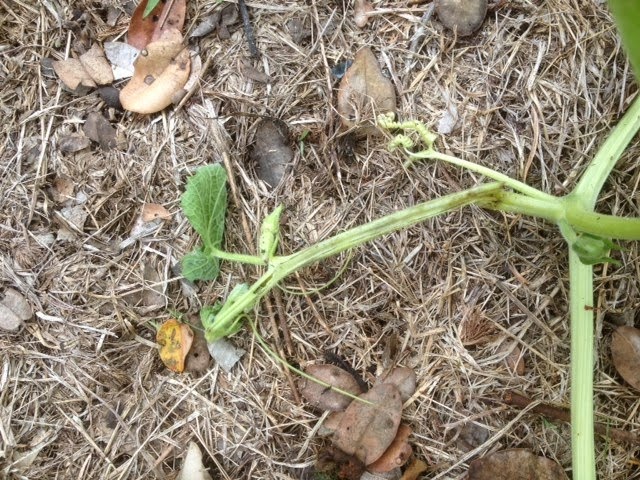 This year I've been seeing squash borer damage in the garden. Bummer. If it isn't one pest, it's another! Squash borer attacks squashes and pumpkins that have hollow stems. So this means most pumpkins, winter squashes, and gourds. The above plant is a spagetti squash. And it's getting attacked pretty heavily. Things look good one day then the next the leaf is wilted. Looking at the stem, I'll find a little hole. Splitting the stem, I find that's its loaded with frass. 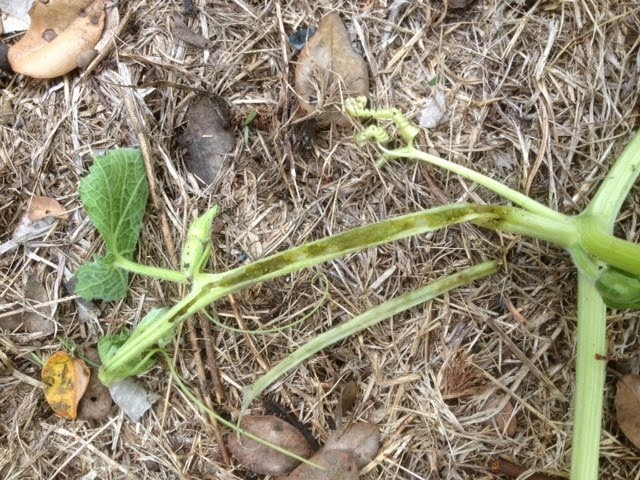 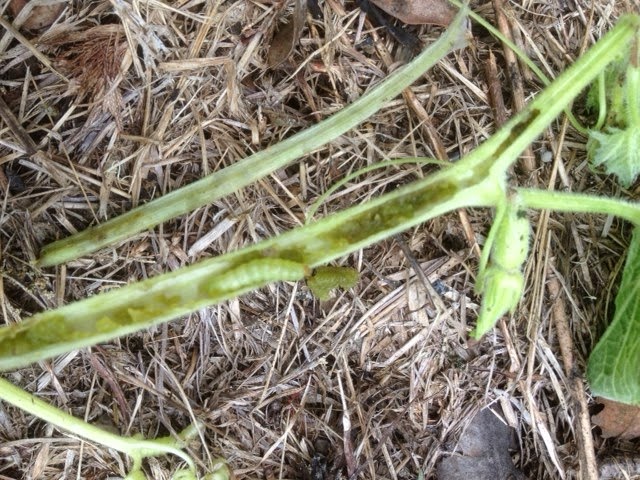 This plant is not only being attacked by the squash borer, but it is also showing signs of pickleworm attack. If you look at the undeveloped flower and fruit on the righthand side you can see round holes where the pickleworm moth larvae entered. I can deal with the pickleworm problem by using dipel, but dipel won't work on the squash borer because the dipel can't get to the grub.
I've read on the Internet that some home gardeners have wrapped the squash stems in order to block the adult squash borer. But they are talking about the base of the plant and basically zucchini plants. With this spaghetti squash, the borer is everywhere.....base of plant, lateral vines, leaf stems. Wrapping doesn't seem like a viable option so for now until I can come up with better solutions, I've covered the vines with grass clipping mulch. That may act as a physical barrier, like wrapping would. 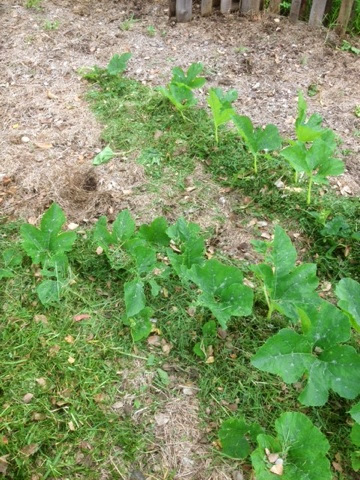 Email ThisBlogThis!Share to TwitterShare to FacebookShare to Pinterest
Labels: Pests