Made a Mistake - Oops

Making mistakes is my middle name. Sometimes I actually learn something from them........like in, read the label! I planted several short rows of a bean called Golden Gate. I assumed it was a bush bean. Wrong! I completely forgot that I had purchased this variety to plant along the fence.
Today I noticed the bean plants sending up runners. It's not uncommon for some of the heirloom types to send up short ones, but this looked serious. Come to discover that I planted a pole type bean in the open beds that have no trellises. Sheesh. 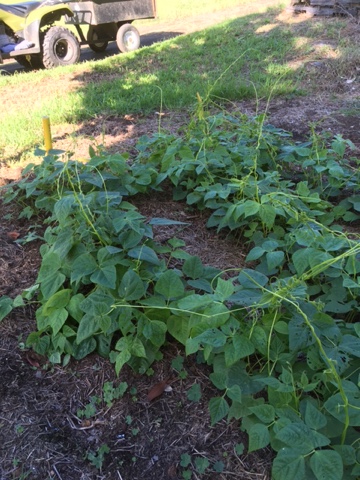 The runners are lighter green and lacking in leaves. So they are easy to spot. 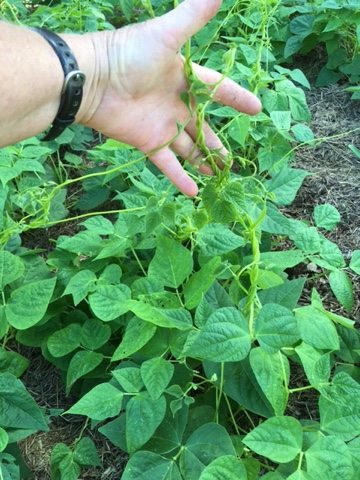 By the time I took a closer look, the vines have tangled themselves up pretty well, making it beyond hope to train them to a quick makeshift trellis.
But all's not lost. The first flush of flowers will be low on the plant, giving me half of the anticipated harvest. The rest of the harvest would be from the climbing vines. I'm not going to bother trying to capture the second part of the harvest. Once I pick the first flush, I'll just yank out the plants and sow something else. Chalk it up to not paying attention.
Posted by Su Ba at 1:22 PM

Email ThisBlogThis!Share to TwitterShare to FacebookShare to Pinterest
Labels: Beans