The Battle With The Grass Weeds

Here's my main problem.....grass. This tropical grass is nothing like I've dealt with before. Pull it out and it comes back, for real. Lots of tenacious underground runners that are almost impossible to remove in entirety. 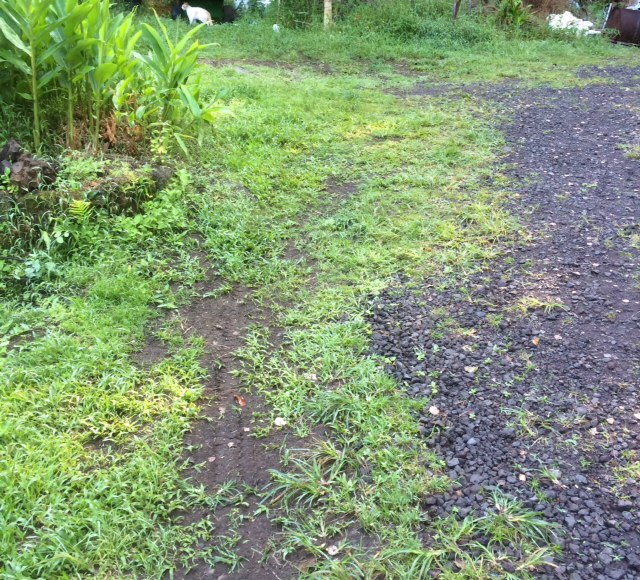 For the past many months I've been getting almost daily rain. Often light, but it's daily and the grasses are thriving on it. Most weeds are easy to remove....yank...gone. But the grass just keeps spreading. 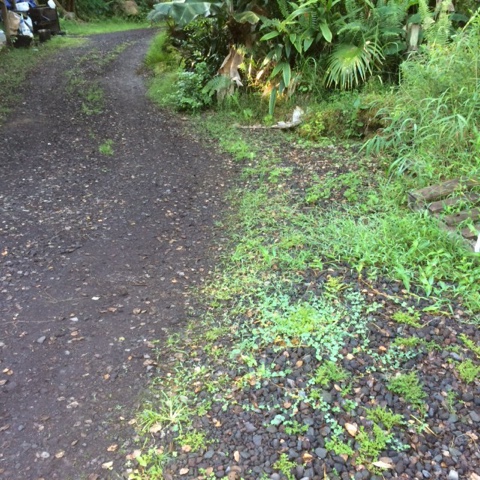 I've tried both concentrated vinegar spray and a flamer, both with poor results. A thorough dousing with vegetable oil works, but then the soil is saturated in oil, which kills worms and soil microbes. And what happens to the oil? Where does it end up? Sounds bad to me. Several readers suggested strong salt applications, but since I'm getting rain almost every day, the salt would simply leech away without killing the grass. 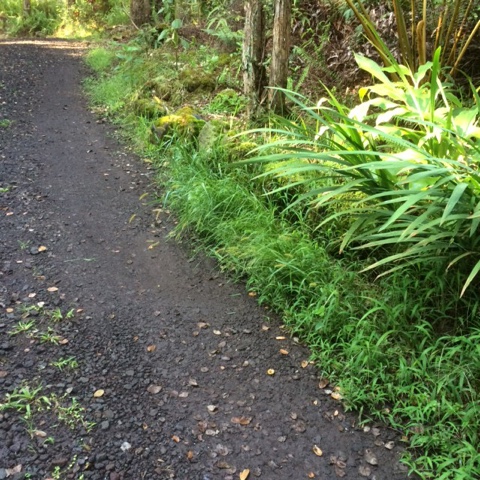 Another thing that worked well enough for me in the past was weedwacking the grass right down to soil level. While it didn't kill the blasted stuff, it set it back several months. But not now. Too much rain, so the grass simply bounces right back.
Thus I've opted to start over again at square one by killing the grass the only way I've found to be effective in this situation. I've opted for a dose of commercial herbicide.
So why bother getting rid of the grass in the first place? Fear of a disabling fall. The grass gets really slick with repeatative rains. Just walking from the car to the house can become rather hazardous. I'd rather be walking on the compacted base course driveway than the slippery grass.
Posted by Su Ba at 11:06 PM

Email ThisBlogThis!Share to TwitterShare to FacebookShare to Pinterest
Labels: Weeds