What's it like to deal with daily rain? Well, it affects lots of things. One is the walking paths around the house. After a while the grass dies along the paths, then mud forms. Then after that, moss grows on the mud. Life becomes a dangerous situation of slip sliding away. After taking several half slips and a few full falls, I've decided it's time to make serious changes. Consulting with David (my part time muscle), the decision was reached to make concrete paths with surface rocks to give the best traction.......besides looking better than just plain concrete. 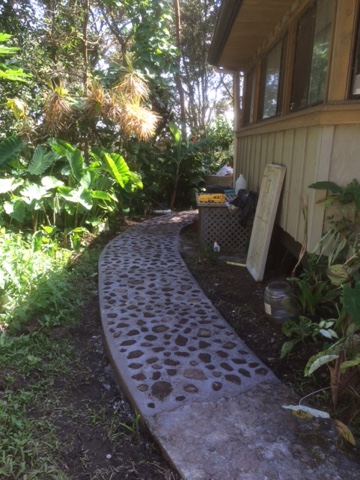 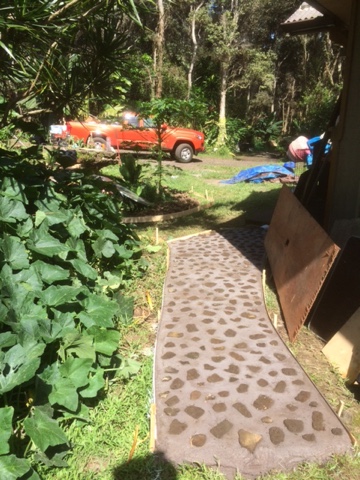 Oh, I failed to mention that we needed to first mark out the paths, cut strips and pegs to create the forms. While David started things, I spray painted the general outline the paths would follow and  weedwacked the grass short. Then I was off to gather bucket after bucket full of rocks. 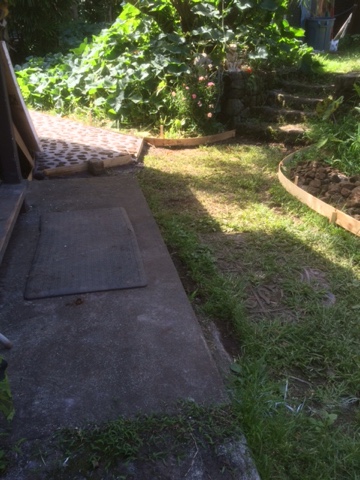 The paths will connect to the small concrete pads that already exist at the base of entryway steps. And they will go around the house and head in the direction of frequently visited areas.....meaning the driveway and the shed housing the solar equipment and generator. We still have quite a bit to do, but it's a start. I'll post photos of the finished product in a week or two.
Posted by Su Ba at 10:55 AM