Drivel - A Few Days Away

We're off on a Hawaiian vacation again for a couple days. Hubby saw his opportunity to relax for a few days, so we opted to hop over to Oahu and play the tourist scene.
Shock. We're country bumpkins in the city! Yeah, we both grew up urban but it's long out of our blood now. People, people everywhere. Traffic 24 hours a day on the streets. City people can't understand what country people mean by a quiet, peaceful night. It's just never, never quiet here ....Waikiki that is. But the place has its pluses. A real bookstore for one......Barnes & Noble. Feeding pigeons is pretty cool too. Neither Barnes & Noble nor pigeons on our home island. 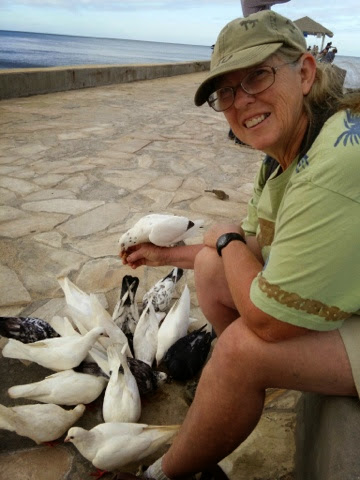 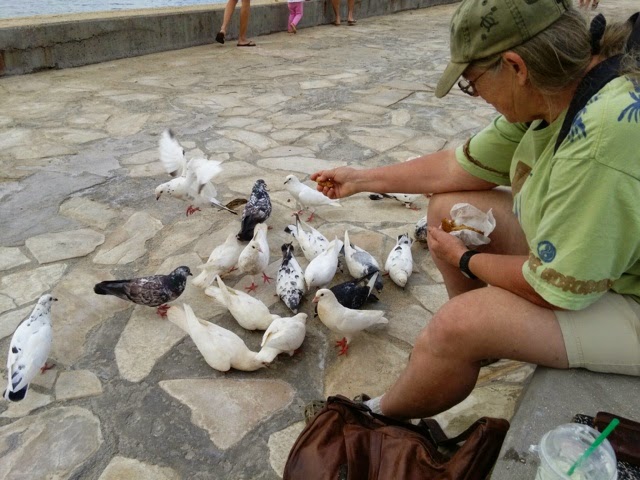 Waikiki is famous for its beaches (and as hubby noted, young girls wearing skimpy bikinis playing beach volleyball). Strolling the beach is pleasant in a cool day. Very few beach goers around. 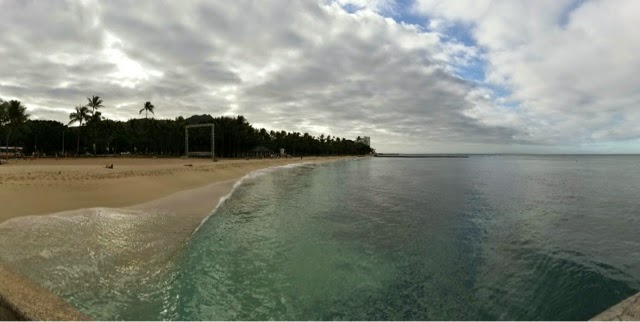 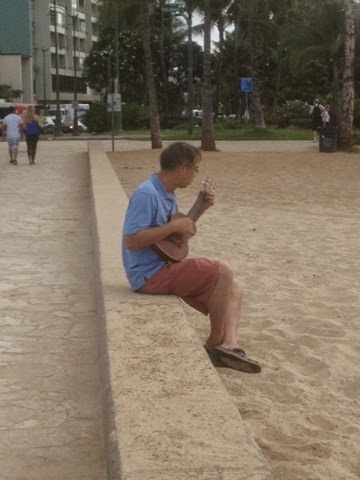 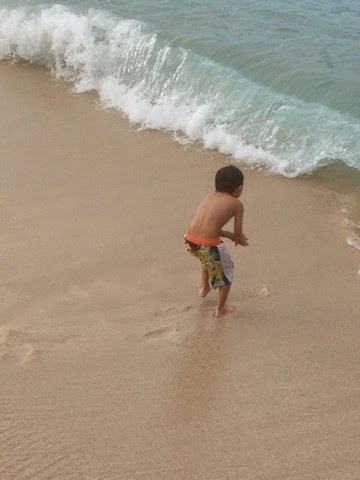 We devoted one day to visit the Polynesian Culture Center, the closest thing Hawaii has to Epcot. 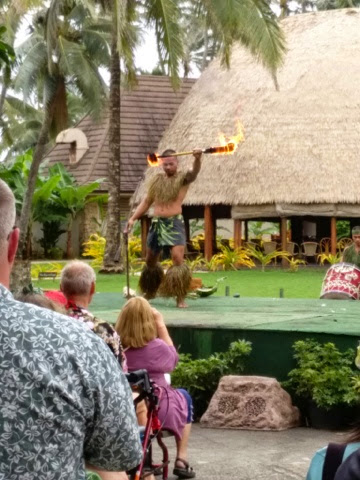 I didn't get the feeling there was much authentic cultural stuff there, but most the tourists seem to be enjoying the entertainment even if it was stereotyped and phony.
Renting a costume really cracked me up. Don a bunch of vibrant plastic apparel and have your picture taken, or hop about "dancing" and have a video done for the folks back home. I just shook my head and by-passed the crowd of tourists lined up to be dressed up. 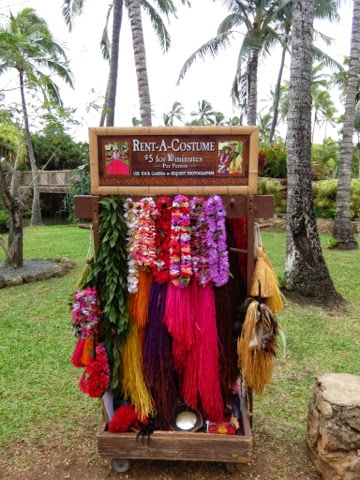 In one way I was very disappointed by the phoniness, the amateur half-hearted attempt at a Disney-like park, the constant attempts to get more money out of you by constantly offering upgrades and pitching gifts shop trinkets. But then again, when we bypassed the village entertainment and struck up conversations with the employees who actually were raised on those islands (Samoa, Fifi, Tonga, etc) we learned some really cool stuff about their countries, and got a feel for the modern vs traditional lifestyles of some of the Polynesian cultures.
Posted by Su Ba at 10:25 AM