Remember the mini pond I had made using a tree stump, placing it upside down and concreting a pond atop it? It has graced my front yard for quite a while now, serving as yard art and mosquito catcher (there were several guppies living in the pond). Well, it's finally reached the end of its life. 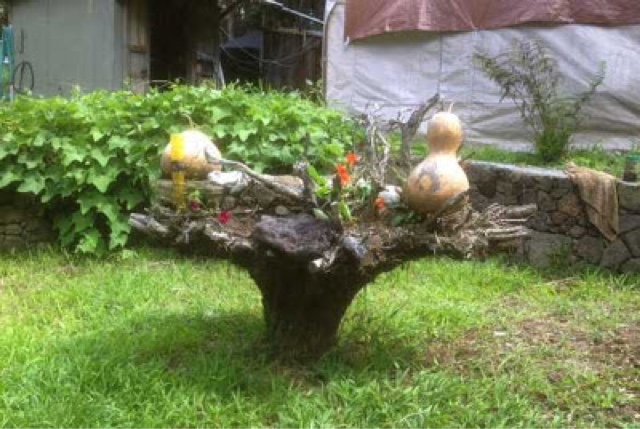 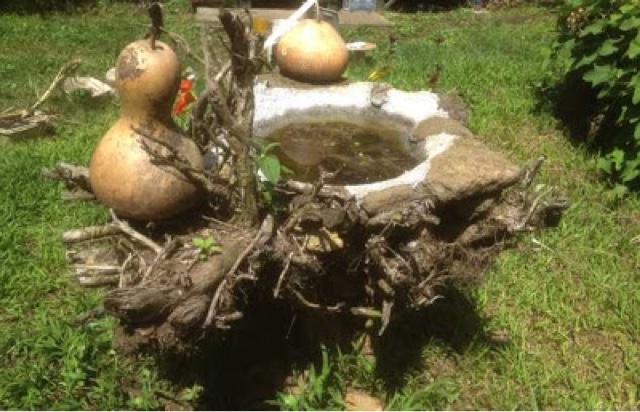 The base that was cemented into the ground finally rotted away. It could no longer hold the pond stable. It swayed this way and that. Time to remove it before it totally collapsed. Using an o'o bar, it was fairly simple to pop it out of the ground, 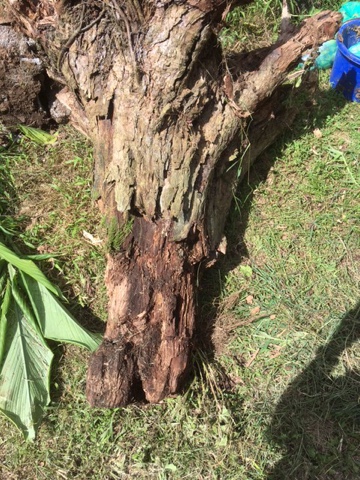 Using a sledgehammer and o'o bar, I removed the concrete. 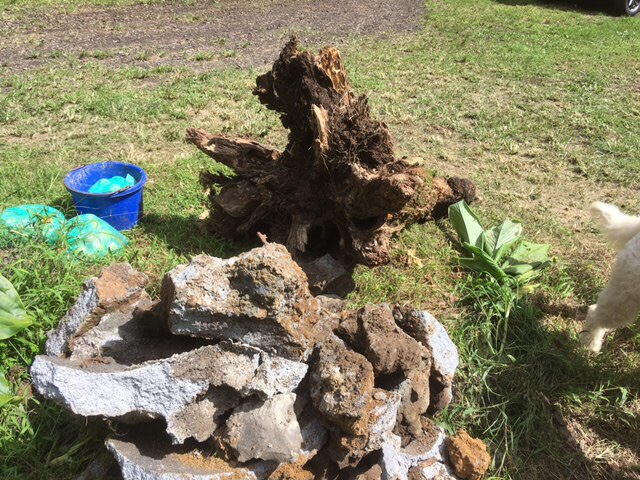 The stump was dragged down to the hugelpit that I'm working in and added to the pile. The concrete will be saved to use as fill inside the rock wall being built along the driveway.
I still wanted a little pond at this spot, so I recalled I had a plastic pond liner in the "farm graveyard", a spot where stuff gets saved for future use. Checking the little pond liner, it looked still good. Great! Instant pond! 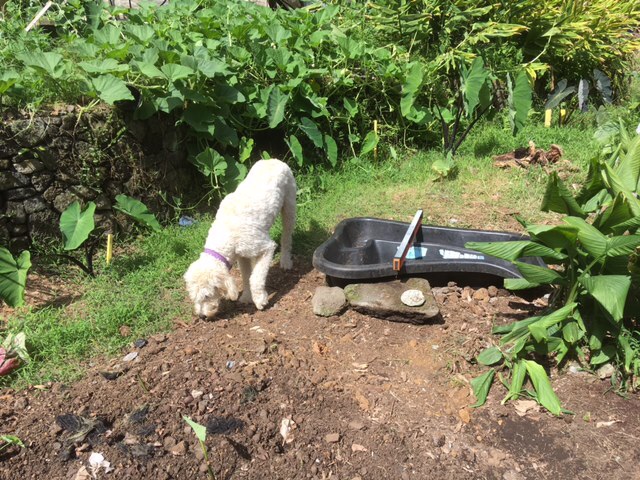 Noodles helped me dig the hole and move some rocks around. Of course it wasn't where I really needed them, but he thinks he's a good team member on this farm.
With some well placed rocks and dirt, I leveled the pond in all directions. Next step : return the pond water, fish, and plants to the new pond (I saved everything in 5 gallon buckets) 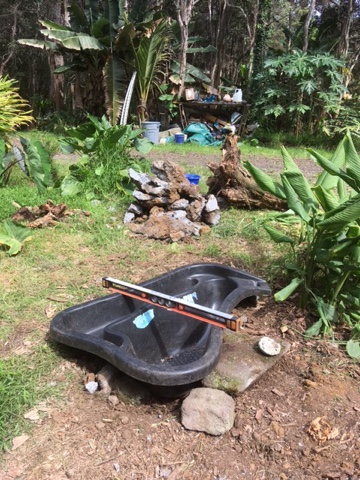 That's as far as I got today. Next I want to gather some rocks to go around the perimeter of the new pond. I'll show you that tomorrow or Wednesday, whichever I get to it. 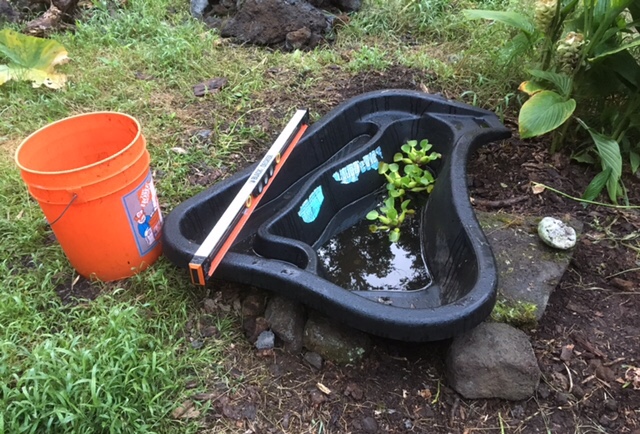