Recently I've been running into more and more people who are trying to use old pallets for making compost bins and container gardens. I've been using them quite successfully for years now and over time have worked out a fairly simple way of making them, a method that works for me.
I take four pallets that are in fair to good condition. If they are free, I'm not too fussy. 99% of my pallets have been free if I haul them away myself. Perfect price! 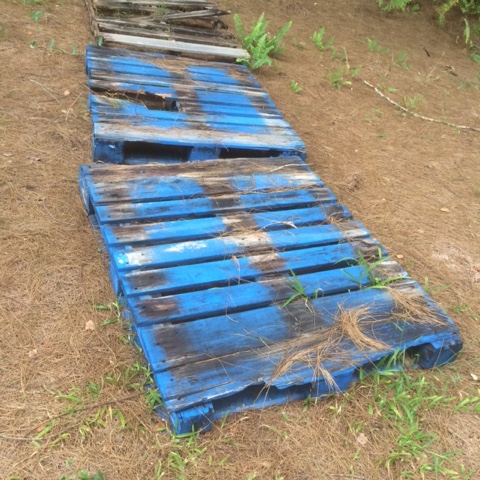 The above pallets are in fair condition in need of bit of repair. A few well placed nails fixed most of the problems, but one had a bit of a hole. Holes like this one I can patch. A piece of something stiff, nailed into place, makes an adequate patch. In this case, I used an old political campaign sign........thanks Brad, for donating your old signs. I've found plenty of uses for them, 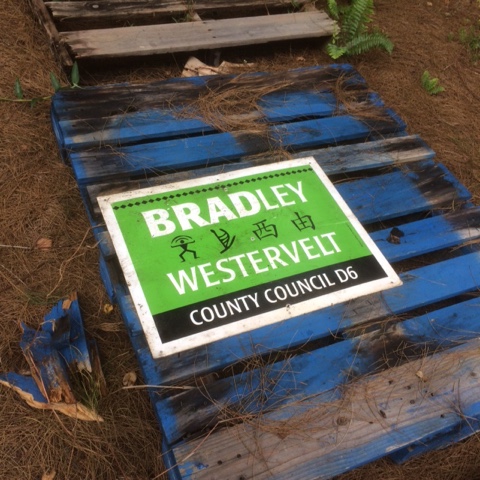 Next step......apply a liner. Experience has shown me that the boxes need to be lined in order to hold the moisture in. Otherwise they dry out regardless of how much rain I get. I initially tried using cardboard, but it didn't work good enough. I've since switched to using something more moisture impervious, like old feed bags, old tarps, or recycled black trash bags. 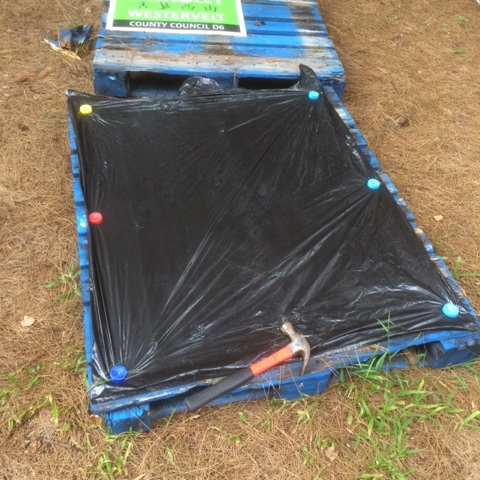 I fasten the liner, in this case black trash bags, with nails through a milk jug top. The top acts to keep the plastic from pulling through the nail. 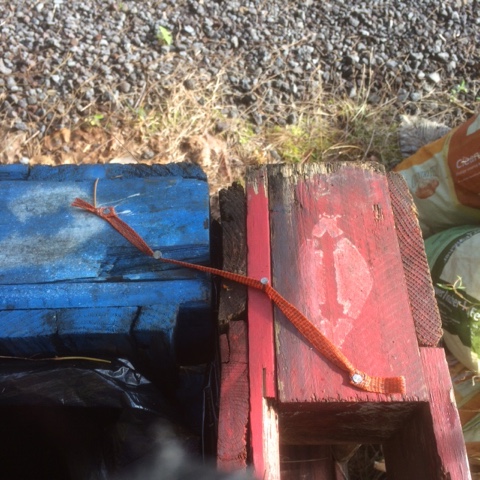 Once all four pallets are lined, then it's time to put them together into a four sided box. In the beginning, I nailed the boxes together. Before long I realized that it wasn't the best idea. They were sturdy, but they could not be opened easily or taken apart simply. So I tried other methods. I finally settled upon using wire or sturdy twine nailed to the corners. In the photo above, I'm using some old electric fence tape. At each end I made a knot and nailed through the knot into the wood pallet. Then I used other nails to stretch the tape as needed to make it a tightly fitting corner.
At the end of a growing season, I often open the box to collect the compost/soil to use elsewhere. Sometimes I need to move the entire box to a new location. Other times I need to replace one of the rotting pallets with a better one. Being able to quickly dismantle a box and put it back together is important to me, thus the odd way I put the pallets together. It's simple, quick, cheap, and effective. 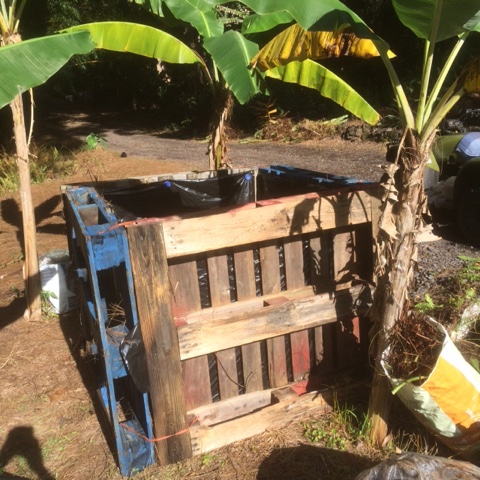 Above is the new box put together and ready for filling. It only took a few minutes. 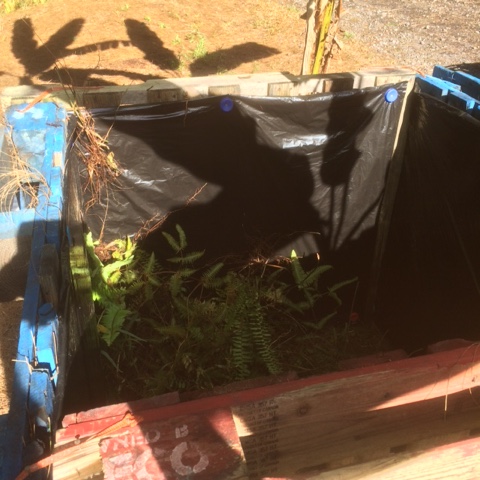 Now comes the more time consuming task of filling it with organic debris.
Posted by Su Ba at 2:49 PM