As an introduction to "its & bits" of earlier Hawaiian culture, festivals are popular with tourists and residents alike. Today's festival was hosted by Volcanoes National Park, up by the main park entrance. Even though I've attended many in the past years, I still find them not only enjoyable, but also informative. Every year they are different enough to hold my interest.
As I wandered through the exhibits and on-hand workshops, I snapped a smattering of pics here and there so that you can get a taste of the activities. Mercifully, I skipped the numerous info booths, food booths, and several actually interesting Hawaiian craft booth so that you're not overloaded with "here's my vacation photos". 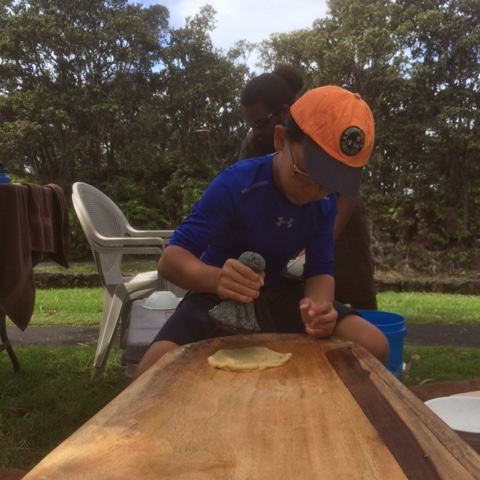 A young man trying his hand at pounding poi. 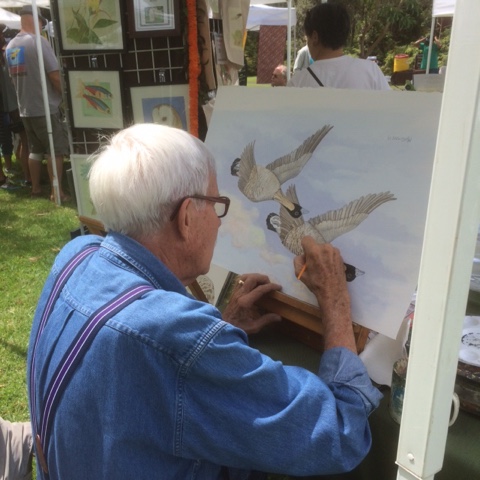 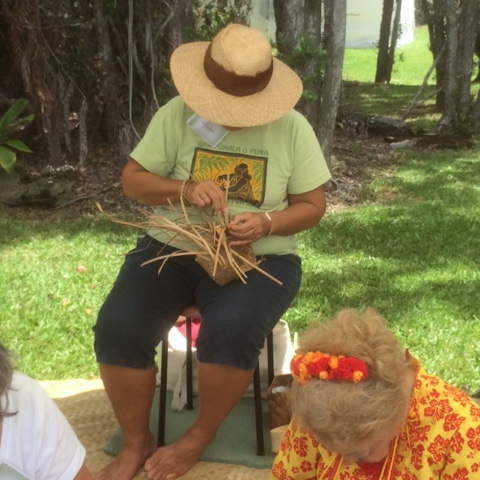 Working at weaving a lauhala basket. 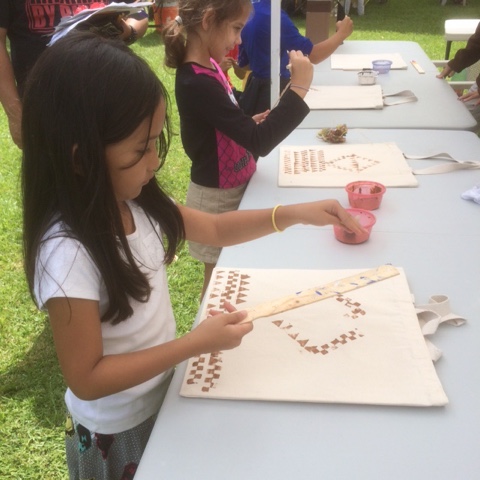 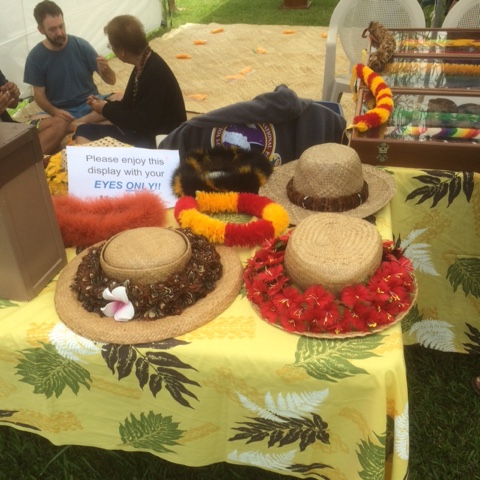 Feather craft. No one here is attempting such intricate and skillful feather creations, but they were a beautiful display. In the background there are piles of feathers being prepared for a feather class. 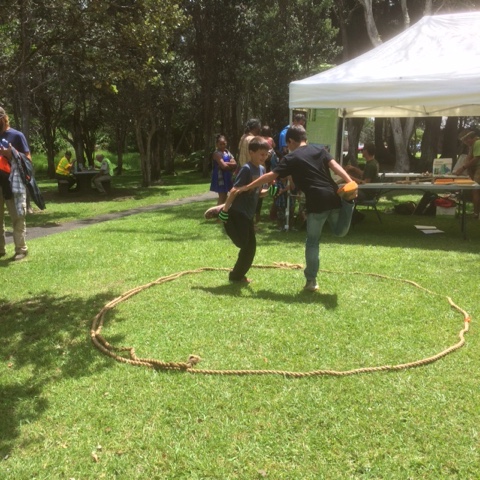 To "combatants" trying their hand at Hawaiian wrestling. 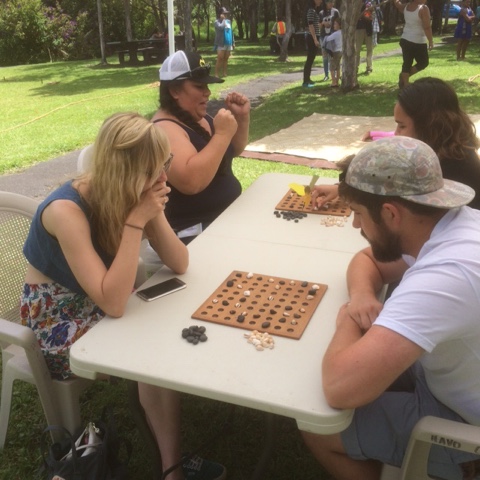 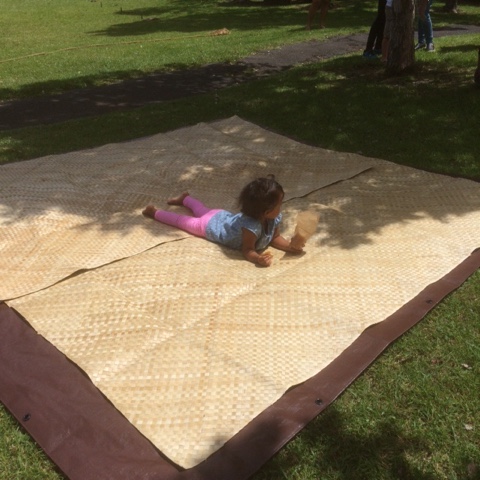 Too tired to keep walking, she happily settled down on the soft lauhala mats. 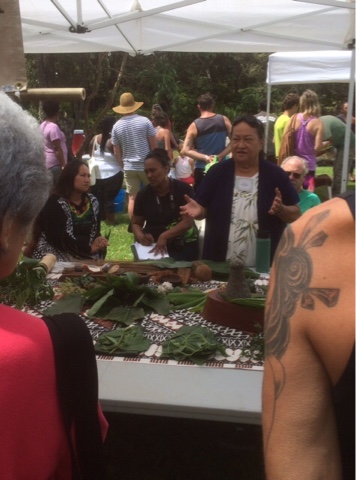 Talk story and demonstration of Hawaiian traditional medicines.
And my favorite of the day.......the making of Hawaiian nose flutes. 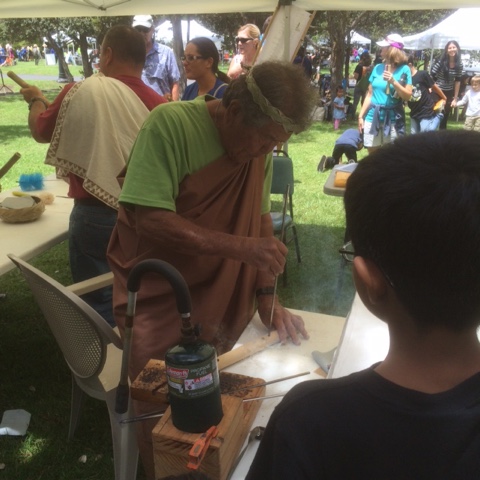 Using a hot poker to burn in the holes. 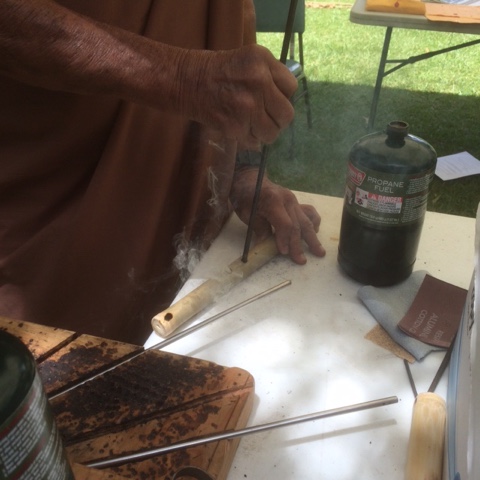 A close up look........really smoking! This one is my own personal flute being made. 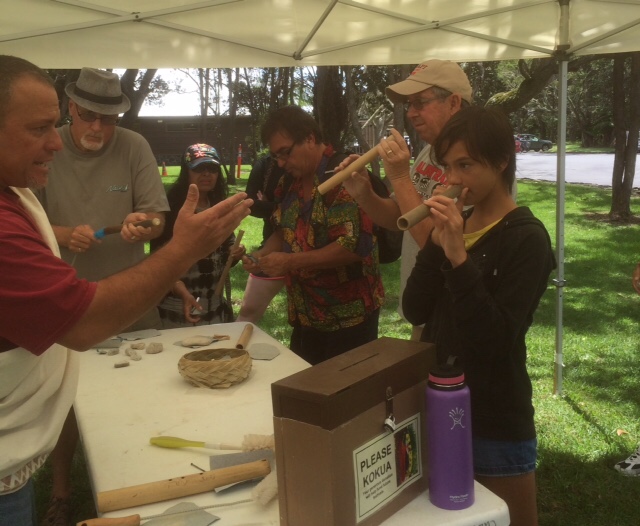 Instruction time. After sanding, cleaning, and rough finishing, it was time to learn to play the thing. I never managed a note until the car ride home. I actually got two somewhat musical tones from mine. Playing the nose flute is going to take a bit of practice.
Posted by Su Ba at 8:32 PM