How wet has it been these past two years? Almost constant! I have moss, mold, and lichen growing on things and in places that it never did before. I have to take care not to sit still too long myself! The rocks around this place are hosting quite an assortment of "lowlife". 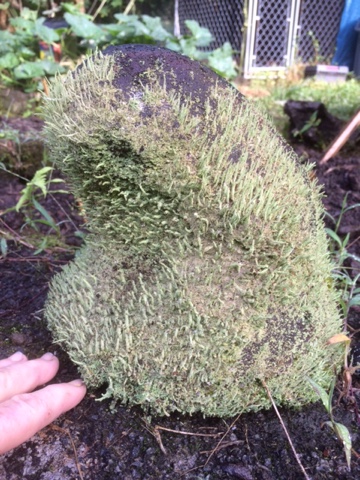 Above, this was a shiny black lava toe. Well it was for the past 10 years that it's been gracing my rock wall. Now it's fuzzy and green. 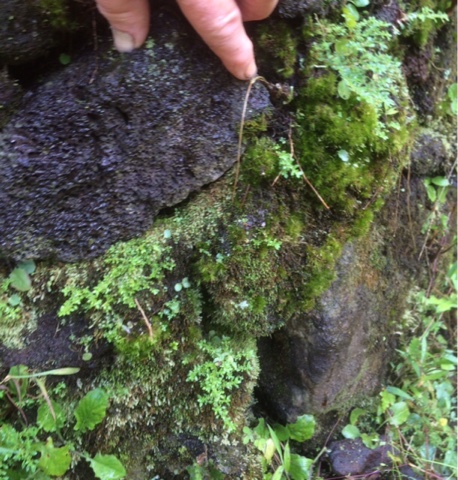 Speaking of that rock wall, it's got parches of moss plus plenty of baby ferns sprouting from the crevasses. 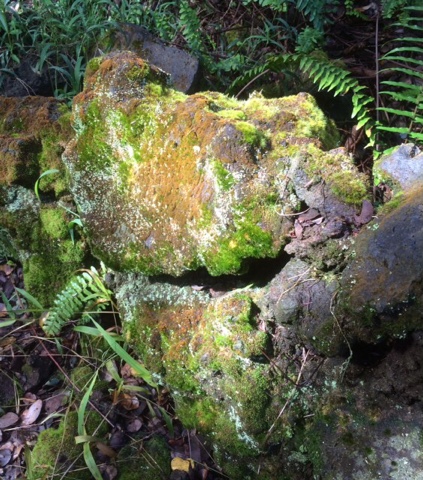 Along the rocks lining the driveway, rocks host multiple kinds of molds, mosses, and lichens. It's a patchwork of color. 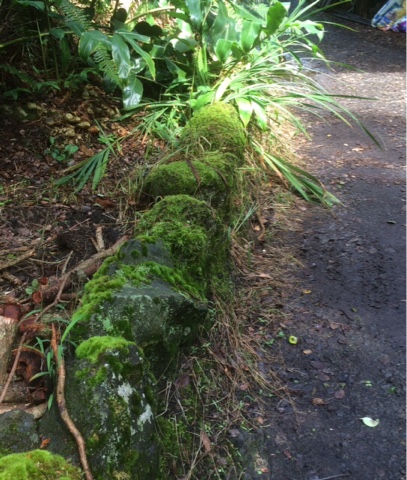 Only two years ago, the rocks here were bare. Nary a green speck. 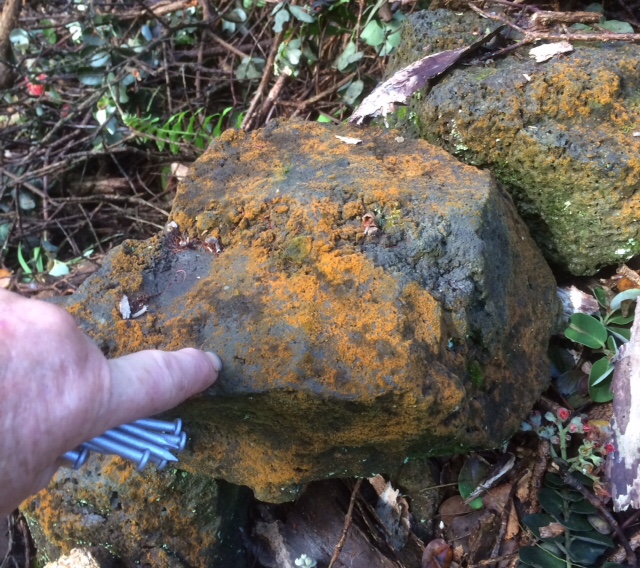 But not just green things. This lichen is orange. Why these rocks have orange lichen and zero green moss I don't know. But for about a 10 foot stretch, all the rocks are covered in orange. 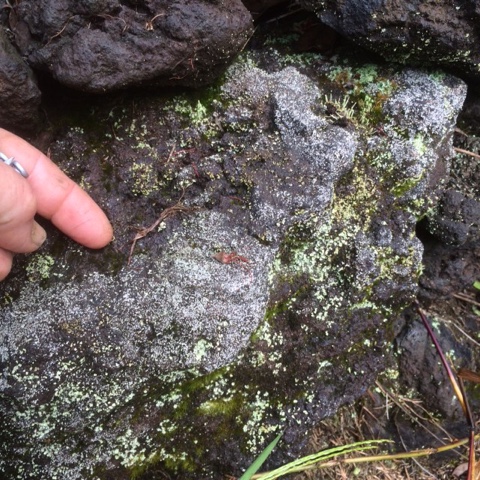 Further down the driveway, there's a section where the rocks are frosted in white, like some bizarre warm weather rime. I'm guessing it's a lichen that's willing to share the rocks with the mosses.
I suppose all this color will disappear with the next drought, but for now it's kind of pretty.
Posted by Su Ba at 9:52 AM

Email ThisBlogThis!Share to TwitterShare to FacebookShare to Pinterest
Labels: Rocks