For several years I've been hoping to find squash or pumpkin that can stand up to the pickleworm moth. My best hope so far has been my own landrace crosses, but I'm still hardheaded enough to keep ordering seeds of different varieties hoping, just hoping that some will show some natural resistance. This years best candidate so far at thwarting the pickleworm has been the golden hubbard squash. 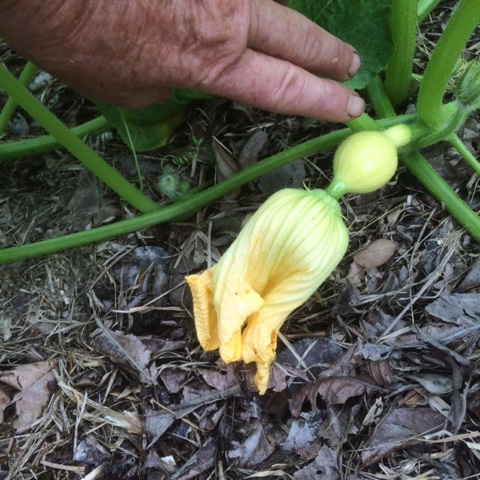 Above, the flower is just closing after have been open all morning. I made sure it was pollinated by doing it myself, since there are not enough bees around nowadays. 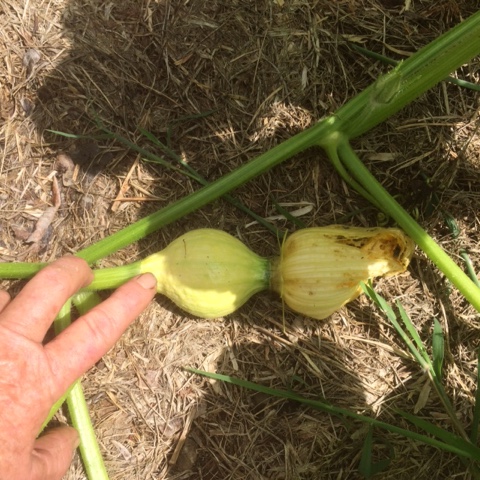 By the next morning the little immature fruit will already be starting to swell, a sign that it's been pollinated successfully. 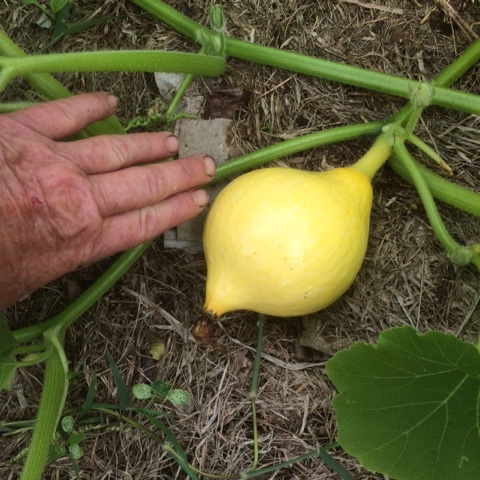 Just a week later the squash has ballooned up. I'm astounded to see how quickly this squash swells in size. 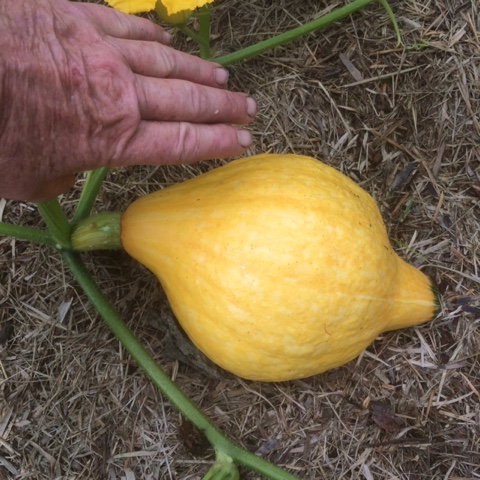 And two more weeks the squash is still getting bigger.
This is my first attempt at growing golden hubbard. So far, so good. I'm not losing them to the moth. So far they haven't come down with powdery mildew, though I fully expect it will happen eventually. And several fruits are setting on each vine, a plus.
While golden hubbard is doing good so far, my other squashes aren't faring as well. The white patty pan succumbed to powdery mildew even before it set its first fruit. The zucchini lost all fruits to the moth, then died due to the mildew. A pumpkin that I tried, I can't recall the name offhand, also died away with powdery mildew.
Posted by Su Ba at 10:44 PM

Email ThisBlogThis!Share to TwitterShare to FacebookShare to Pinterest
Labels: Squash