To everyone who has been concerned about the lava over running my farm ..... Thank you for your concern but it's no where near us. It's on the other side of the mountain. Some day lava will erupt on our side, but not this time around.
Kilauea volcano has been erupting since 1983. Most of the time the lava flows have been in undeveloped areas but from time to time a flow hits some important targets. In the past, Royal Gardens housing subdivision and the Kalapana areas have been wiped out. Now a finger of lava is heading for the historic town of Pahoa. This is the upcoming disaster that will be happening in slow motion. Not exciting enough to stay in the mainland news, not yet. But once it hits the town I'm sure you will be reading sensationalized news about it. 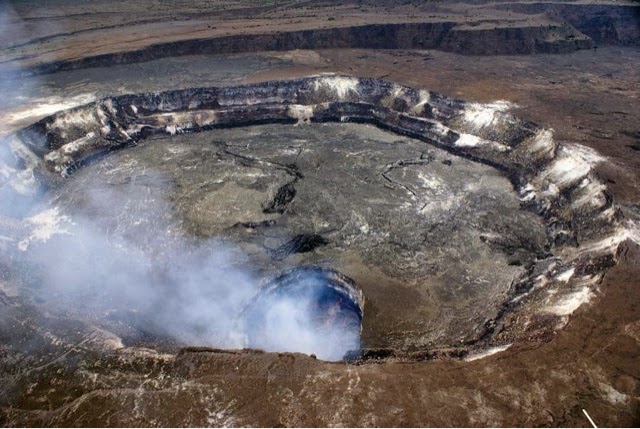 First, the photo credits. They came from the Honolulu news website- hawaiinewsnow.com. I recognize some as coming from the USGS website. I don't know the photographers names.
Above is the Kilauea crater, the ultimate source of the lava. No lava is coming out of this crater on its surface.... which by the way is huge and miles across because it is a crater within a crater within a crater. But underground there is a major lava channel leading to a surface eruption site a few miles away, which in its own right looks like a small volcano. It's call Pu'u O'o. Good old Pu'u O'o is spilling lava out its side and being quite sloppy about it. Looks a lot like a baby trying to feed itself a bowl of gloppy rice cereal -- blops and rivers of the stuff every which way.
Since the end of June, some of the lava has been organized into a nice flow, somewhat river-like. It's been slowly making its way over areas of old lava eventually entering a forest preserve. 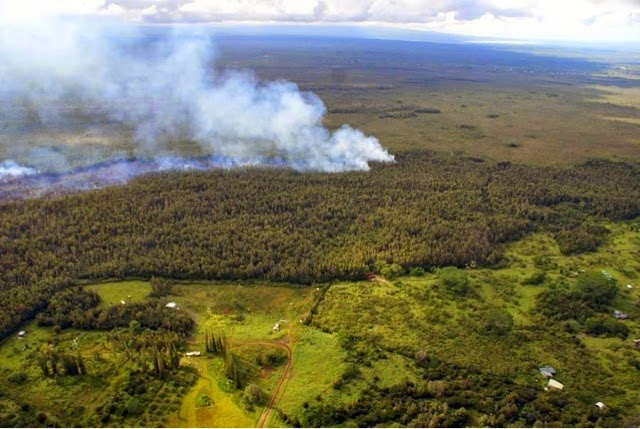 It's been slowly creeping through the forest, burning trees along the way. No one took much notice until it started heading for some houses (in the foreground). Luckily for those homeowners, the lava flow made a turn, heading down hill around the subdivision. But that turn now has the flow heading directly to a small town. 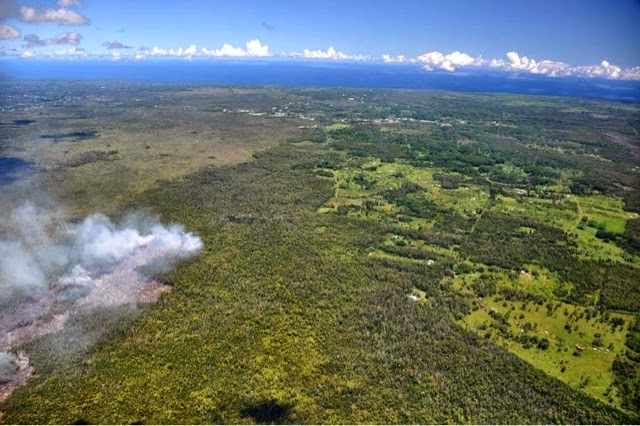 Suddenly people are taking notice! As best as can be guessed, the lava will flow right through town, across the Pahoa town road, then right over the only feeder highway leading in and out of all Puna district! Yikes! Bad news. 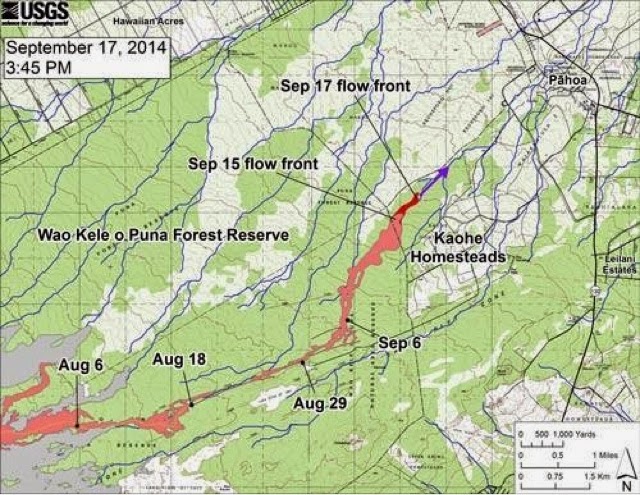 Daily meetings with county officials plus numerous websites are keeping residents informed. The county is taking steps to create two temporary roadways so that there will be access to Puna. 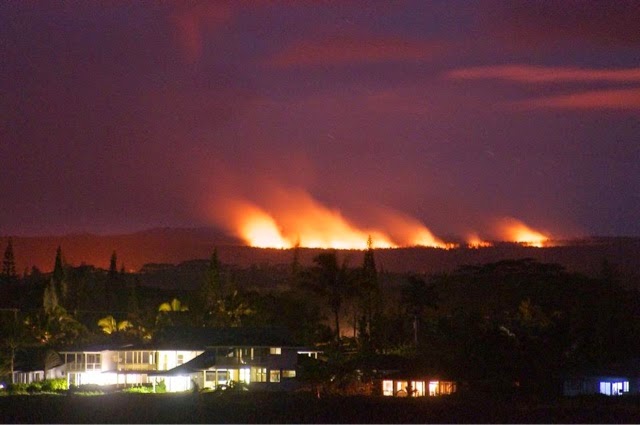 Regardless of preparation, it will be disaster for sure. But it occurs agonizingly in slow motion. Every day you can watch it creeping closer. Everyday it's the main topic on everyone's mind.

In the next week the area will be packed with outsiders coming to see the town get eaten and people's homes get destroyed. Tourists mainly, but also worldwide newspeople. I'm sure the residents are not looking forward to it.
My heart goes out to those who will lose their homes. People are already moving valuables and livestock. But it's hard to move a home, the landscaping, the memories. But the lava is no surprise. We live on an active volcano.
Posted by Su Ba at 9:10 AM