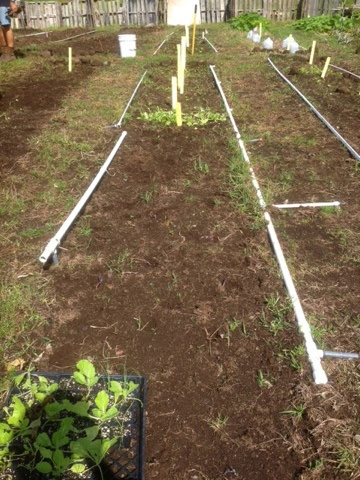 Young broccoli, cauliflower, kale, and Chinese kale, 100% consumed, right down to the ground! 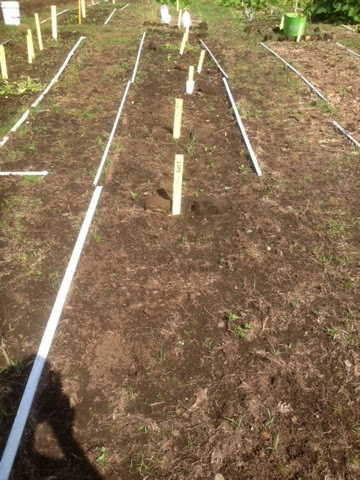 Carrot tops eaten but roots, pulled up, left behind. Turnip tops nibbled, one bite out if each turnip then the rest of each one discarded. Uh, picky goat! The green part of the bok choy leaves eaten, but the white fleshy stems ignored. Radish tops eaten but many of the radishes discarded, some eaten. 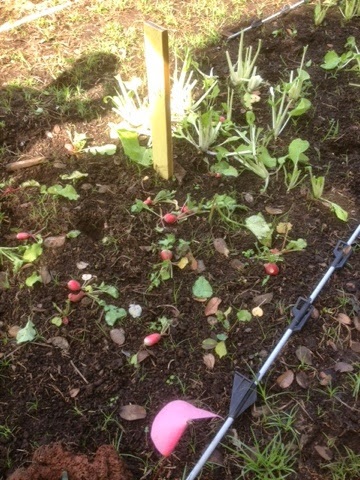 Wow, I went around picking just the best delicacies, from his point of view. He found the young daikon. Must have been getting full because he only ate the leafiest parts. Didn't bother to pull them up out of the ground. 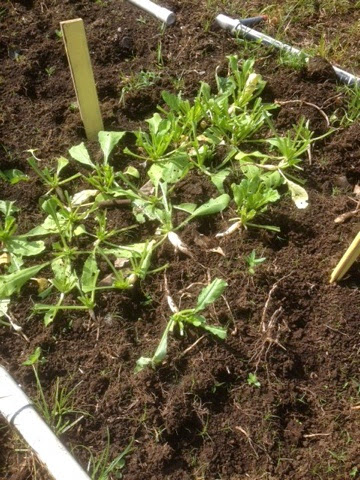 He hit both beds of the green beans, totally annihilating all the leaves. They now look like a bed of simply green sticks. Odd thing is that when I offered Mr Bucky green bean bushes in the past he totally refused them. But today he striped them 100%. 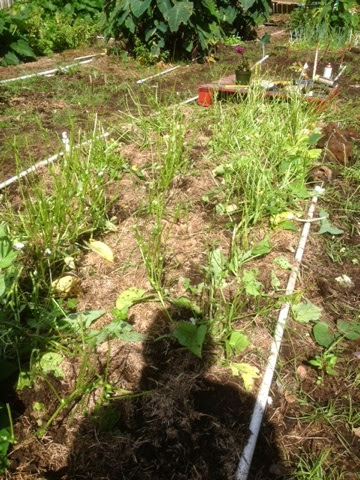 He attacked two things that surprised me, passing over others that I thought he would have eaten. He didn't touch the peas. Passed them by to eat the genovese basil. Skipped over the lemon basil. Didn't touch any of the squashes. Ate the sweet potatoes down to the ground. Didn't touch the potato plants but ate every potato that he found near the surface. Somewhere during the feast he found the pineapple plants. He ate the tips off of all the outer leaves. Now THAT surprised me. Pineapple leaves are tough stiff swords. Very fibrous. And he never touched the sifter inner leaves. 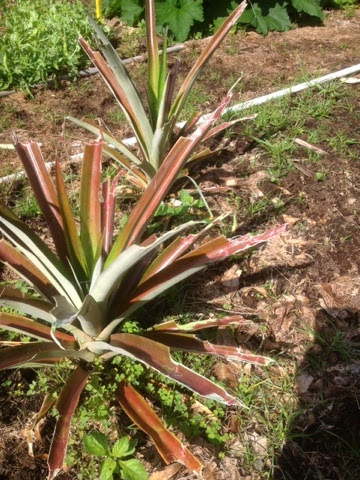 One other thing that I thought amazing was that he sampled the tomato plants. The first plant he striped the leaves off the last 12" of the uppermost stalks, he then moved to the next plant, only eating a few leaves before abandoning the tomatoes entirely. Didn't touch any of the green tomatoes themselves. 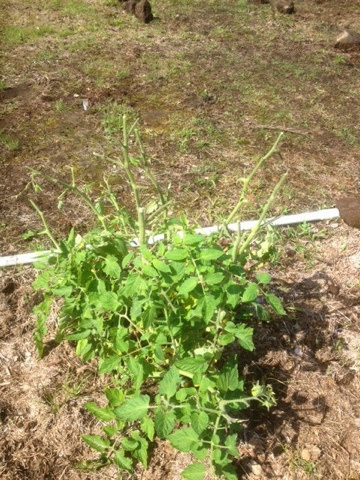 While it was interesting to see Mr Bucky's taste preferences, I was madder than hell that he trashed the community garden. Luckily there is still a lot growing there and there were plenty of starts to replant the decimated areas.
Mr Bucky has officially lost his freedom status. No more wondering the front pasture at night. He's now confined to one of the back pastures or else on his grazing tether. Goats are little devils......yes, I love goats for that very reason. Don't worry, I have no plans to eat or get rid of Mr Bucky. We love him dearly. But at times a goat can be difficult to own.
Posted by Su Ba at 11:47 PM

Email ThisBlogThis!Share to TwitterShare to FacebookShare to Pinterest
Labels: Goats