Recently I picked up a cutting of something labeled Cholesteral Spinach. I didn't know what it was, but I figured I could research it. It looked to me to be similar to okinawan spinach, so I planted it in the semi-shade. Luckily guessing right, my little cutting  rooted and took off. 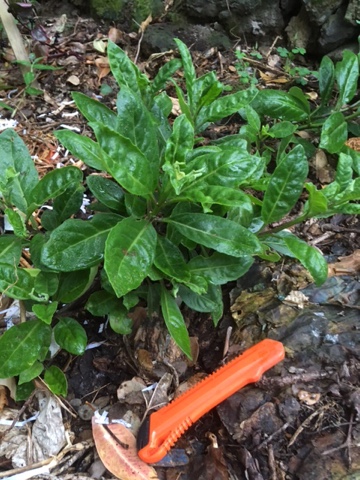 The growth habit turns out to be pretty much the same as okinawan spinach. But rather than being bicoloredt, the plant is entirely green. With just a bit of googling, I learned that it's also known as Moluccan spinach. I've heard that name before but never had a plant to associate with it. Searching the internet I discovered that it has lots of other names, depending upon the country it's growing in. 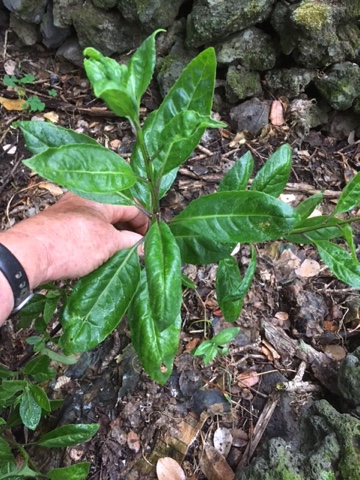 It's not really a spinach, but it is a nice leafy green that grows easily for me. The young leaves and stem tips are tender and nice tasting. I add them raw into a mixed salad. Recently I tried dropping the tips into boiling seasoned chicken broth and immediately thickening the broth a tad, then pouring it over a chopped (cooked) chicken breast. By not cooking it too long, it doesn't get it's overly slimy feel (much like overlooked okra). But we both agree that we prefer it in a raw salad. 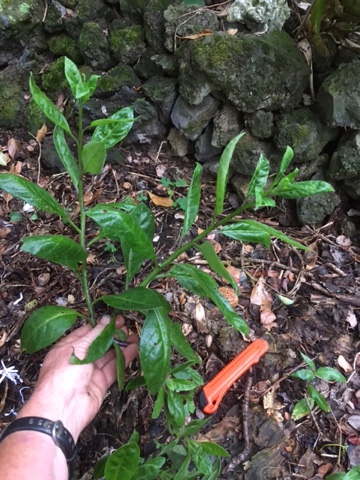 I noticed that there were websites promoting health benefits of this veggie. But I didn't come upon any research or medical documention to support the claims. So if it really does help control cholesterol levels, it's a nice added benefit. But I wouldn't count on it. So I just plan to use it as another leafy green to add variety and overall nutrition to our diet. Hubby's not one for leafy greens, so this is one way to pop a few into him.
Posted by Su Ba at 11:13 AM