Cleaning out one of the bean growing beds, look what I uncovered.......some lost taro corms. 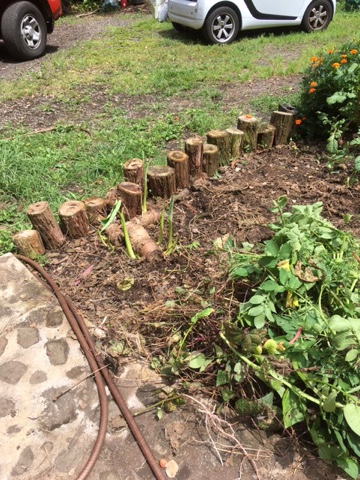 As soon as I spied them I recalled that I had rested some freshly harvested taro atop the cut log edging, and apparently forgot about it since the bean plants, at the time, covered them over. 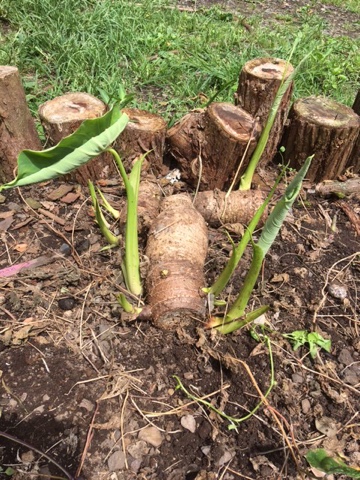 They're beyond eating now, but they present a great example of another way to propagate taro. The corms have dormant eyes in them, and under normal conditions, they never grow to fruition because you cook and eat the corm. But in this case, the abandoned corms slowly began to awaken. The eyes near the soil came to life and set out shoots and roots. 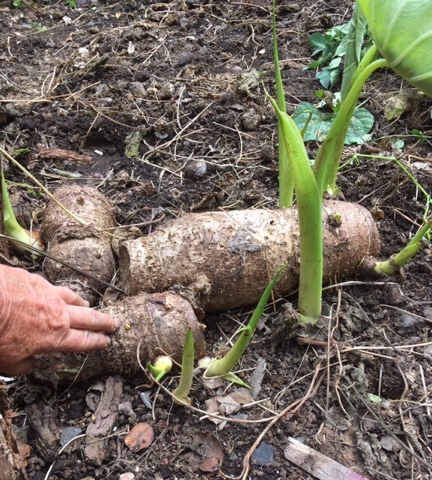 By carefully cutting the corm into chunks, I can now plant each of these shoots and they will grow into a nice taro plant. This is not the usual way that I propagate taro, but it's a very useful method to use under special circumstances. 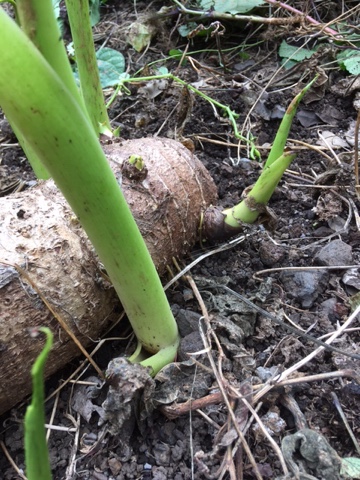 Just recently I had one of those special circumstances come along. I had a new taro variety, called Nuie Ula'ula, that has been growing for awhile. Then all of a sudden I noticed that the top had rotted off. Geez. I lost a variety that I had made a trip over to Maui to acquire. Sad.
I dug up the  base of the plant in hopes of finding an oha (baby offshoot)...... 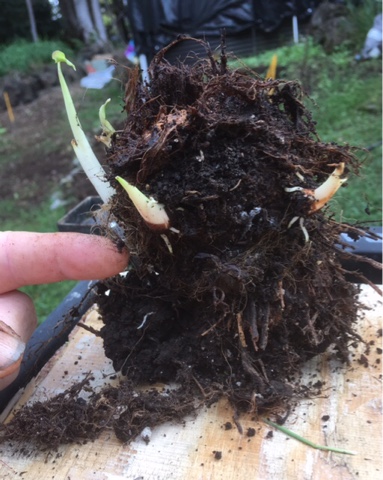 I was in luck. Five of the dormant buds were sprouting in the corm. I removed the rotted part of the corm, and by replanting the corm on its side, I will be able to get new plants. So all it not lost afterall. With a little time, I will end up saving this variety in my garden collection.
Posted by Su Ba at 10:09 PM

Email ThisBlogThis!Share to TwitterShare to FacebookShare to Pinterest
Labels: Taro