I recently harvested the seed pods from my jicama plant, so I removed the plant so that I could till in some soil amendments and plant the next crop. I wasn't expecting to see much, but I found three small jicamas to harvest. 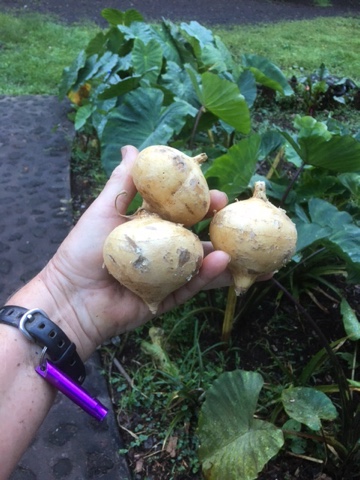 These are on the small side, but they're actually perfect size for hubby and I to add to a mixed salad. We prefer to eat them raw and sliced thin. In the past I've had jicama that was as big as a softball, but that was from a plant growing in soft, fertile garden soil. 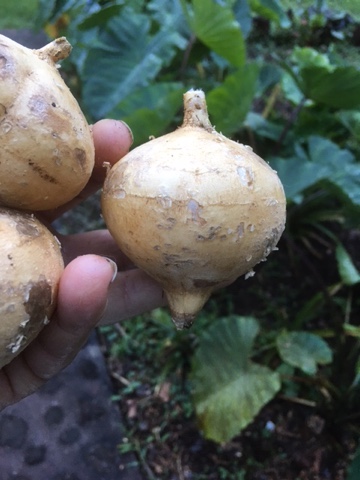 (A closer view.)
What's it like to eat? Juicy. Crisp. Mild. Much like a water chestnut. I peel the tuber, then slice it up.
I've gotten quite a good supply of fresh seed from this tiny plant. I plan to sow a few in the coming week and store the rest for seeding later on.
Posted by Su Ba at 10:19 PM

Email ThisBlogThis!Share to TwitterShare to FacebookShare to Pinterest
Labels: Jicama