Visitors Not Welcome! -- Danger on the Farm 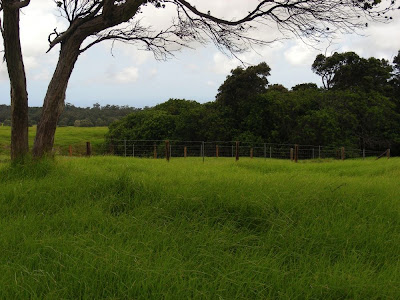 Want to come visit my homestead? Not a chance!!! .....unless I already know you fairly well or you're a country-type person. You are free to look from the road, but that's it. Why am I so antisocial? Too many bad experiences in the past. Non-farm people are just an accident looking for a place to happen, they misinterpret what is going on around them, they tend to be obnoxious and ready to sue at the drop of a hat over stupid stuff. Gee, sounds like I don't like people. Hey, didn't I move to Hawaii to get away from those kind of people afterall? I don't see the sense of now inviting them onto my farm.

Farms are dangerous places. They seem to be even more dangerous for city folk who haven't a clue about how things work on a farm.

I find that many non-farm people see my place as a free petting zoo. They are so out of touch with nature that they don't see the danger of trying to approach a ram, getting between a ewe and her lamb, of ducking under a horse's belly to get to the other side, or trying to pet a rooster. It's not smart to try to kiss a chicken on the nose, nor offer a finger to a bottle fed lamb without expecting it to grab it. They are either totally ignorant of the dangers or expect other people to ensure their safety. I don't wish to babysit those people, nor get sued by them when they get themselves injured.

Non-farm people don't listen or comprehend what is going on around them. For some reason they don't understand that the aisleways in the garden are there for walking. I've had plenty of visitors tromp on the veggie plants. I've seen them rip their clothing on barbed wire fencing. Even after being warned I've seen them walk into ditches, trip over rock piles, get zapped by the electric fence. I've seen people dip their hands into the barrels of manure tea and be appalled to find out what they just swished their fingers in. They approach animals that they've been told to stay away from. They just don't get the fact that things are dangerous on farms. I've had to stop visitors from trying to eat jicama beans, mistaking them for edible snap beans, and from eating the berries of  potato plants thinking they were some sort of cherry tomato.

Visitors have gotten mad when a chicken pecked them while feeding them corn out of their hands. Angry at me because their children started throwing horse turds at each other. Horrified that their toddler picked up and tried to eat sheep turds (mother said she thought they were berries. Gee, you let your child pick berries off the ground at home and eat them?) Mad at me when the rabbit scratched them when they tried to pick it up by its ears while they were petting it. I couldn't yell "stop" fast enough. Mothers have gotten upset because their kids step in manure, or put their fingers in their mouths after petting the horse.

Then I've had others who are not just ignorant of the dangers of farm life and nature, but who are fearful of imagined dangers. One mother followed her family around with a bottle of hand sanitizer, making them wipe their hands after touching every animal and even after every vegetable! I had one women question the safety of the vegetables once I told her about using compost for fertilizer. She was certain that parasitic worms were inside the tomatoes, beans, etc. Another questioned the health value of my veggies because I never mentioned applying vitamins to the soil. Yet another, who was lucky enough to see a chicken lay an egg, was horrified to see where they come from and swore that my eggs would cause lethal diseases if not soaked in bleach before eating. Said he would never eat an organic egg in the future.

Even after you successfully get people off the farm in one piece, you're not home free by any means. I've had people phone me the next day claiming they got food poisoning from eating the fresh peas off my vines. Now understand that these were English shelling peas, so the people had to take them out of the pods where the peas were totally isolated from any soil, manure, or compost contamination.  I've had another claim that they were having migraine headaches now because of touching their butt to the electric fence. They wanted me to pay for the doctor visits, tests, and medications. A mother claimed that her child was permanently traumatized by the guinea hens and wanted me to pay for therapy. One visitor tried to claim that my border collie bit him in the hand and wanted me to pay his emergency room costs. Luckily the photo I took for them at the farm gate when they were leaving showed his hand to be perfectly healthy.

The American society that tourists come from is totally out of touch with rural living. Let them learn about farming on someone else's place. I don't welcome the headaches and lawsuits.
Posted by Su Ba at 4:05 PM

Email ThisBlogThis!Share to TwitterShare to FacebookShare to Pinterest
Labels: Thoughts